ASL signal-junctions to be changed to MKH

There seems to be a noticeable pandemic of ASL abusers at the minute. I don’t know if it’s just because I changed my commute recently or I’ve just been noticing more people stopping in them. Either way, people don’t seem to understand the purpose of these advanced stop lines thus me deciding to change the name of them.

Normally these are referred as ASL – Advanced Stop Lines… However now you can refer to them as MKH – Massive Knob Heads. Seem much more fitting right?

For a cyclist it’s almost a psychological safety zone… As soon as the lights go green you’re being over taken constantly, which isn’t a problem because the majority should know, or at least the first 3 cars, that there will be cyclist there.

I equally see it as a sign of respect. It’s bad enough that road users run red lights and abuse the speed limit but at least with an ASL there’s no excuse to ignore it, it’s normally so blatantly marked. It’s the least vehicle drivers can do right? So you’d think… 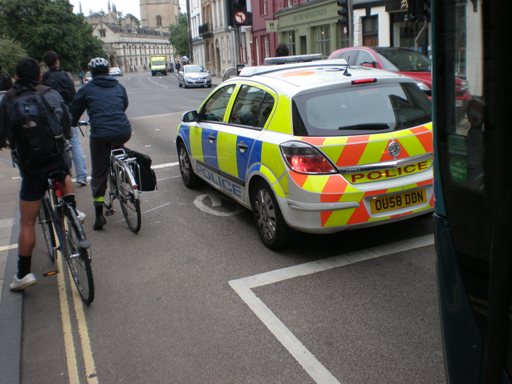 A similar conclusion I seem to be consistently revisiting is that although the infrastructure of our roads is so dismal the major issue seems to be with our attitude towards one another… A general lack of respect. When I’m commuting to work, cycling past stand still traffic, no one thinks about the fact I’m one less vehicle in the cue… we’re just constant and consistent inconveniences to any other vehicle on the road.

Type to search or hit ESC to close
See all results